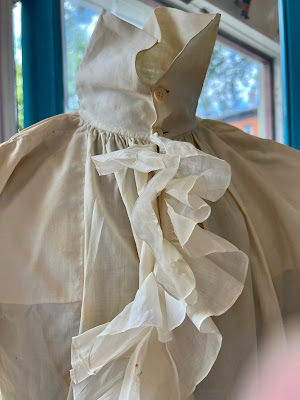 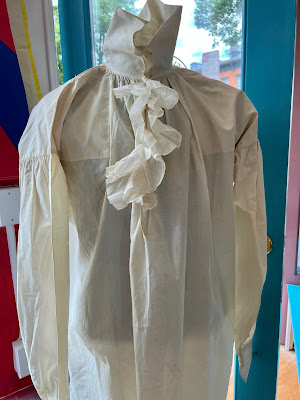 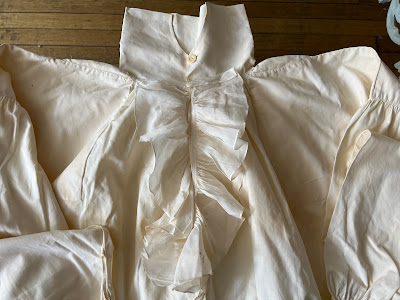 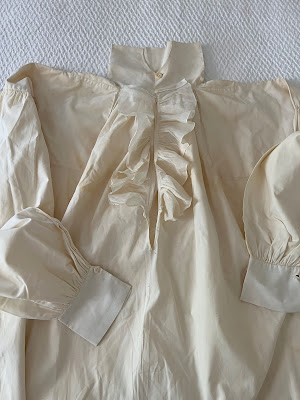 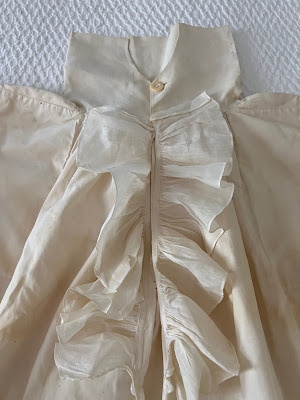 CIRCA 1800, MAN'S ANTIQUE SHIRT W/PROVENANCE. Circa 1800's, a gentleman's antique shirt with high collar and jabot front that has come from a important estate in Boston that we acquired recently. The genealogy of the family dates back to the early 1700's. The family was considered part of the Boston Brahmins.The Boston Brahmans were descendants of the early English colonists and were elite members of Boston society and part of the enlightened aristocracy, they were wealthy but also were expected to have considerable virtues and character traits. They were very influential in the development of culture and many institutions including Harvard. We will include provenance of course with the sale.The owner was a Colonel during the period of the Civil War. There is a name on the edge of the shirt and also the date 1864 but apparently I was told by an expert who works with museums that the shirt style dates closer to the early part of the 1800's.We have-not laundered the shirt, there are natural age stains on the sleeves that will come up once laundered. There are a couple of openings in the jabot, <the linen is finer on this part> and on the edge of the shirt there is a loss where the name and date are. The shirt is in very good,strong condition.
Item # EI66
SOLD